99 people viewed this place's events in the past hour. 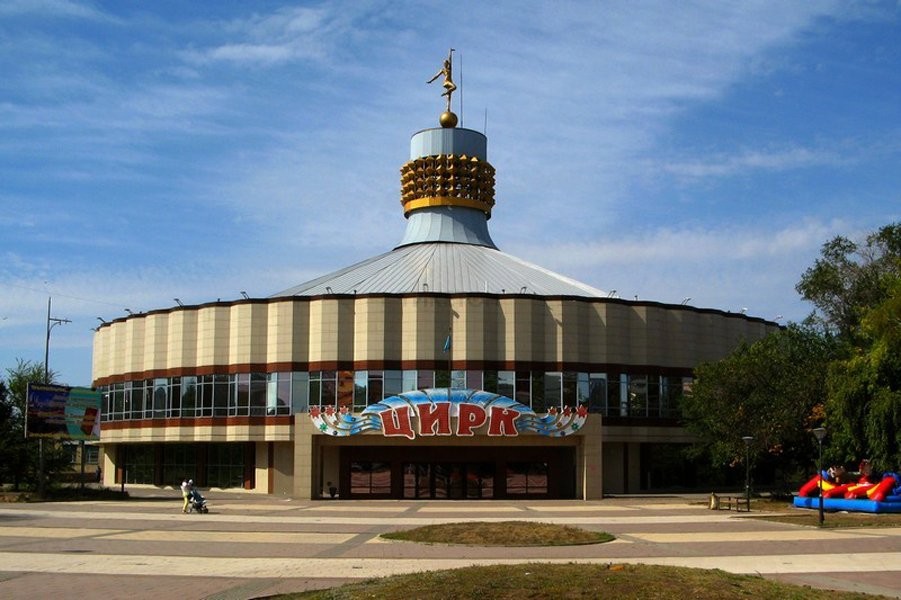 Entrance: from the side of Voinov-Internationalist Street.

Parking: ground parking at the back of the circus building. It's free. Check-in from the side of Komissarov Street.

The circus in Karaganda, more precisely, the construction of the building for it began in 1976. It turned out to be a long building as the budget funds were spent on more significant objects. But by forces of local enterprises and enthusiasts, the construction was completed and in 1983 the first performance took place there.

The architect of the project was A. Boykov. Initially, it was assumed that the circus would be made on a standard model, as well as many other buildings throughout the Soviet Union. But the geographical features and detailed layout of the surrounding area (the circus building was supposed to form a single ensemble with the Oktyabrsky Sports Palace and a hotel with access to Central Park) played on the fact that the standard project was remade. The building itself turned out to be higher and with the following characteristics:

Another distinguishing feature was gaslight advertising, located on the dome. In the 2000s, the circus has undergone major repairs. The facade and interior decoration were renovated, outdated equipment was replaced.

The circus poster in Karaganda

Despite the fact that the circus in Karaganda has existed for over 30 years, it does not have its own troupe.

But on the other hand, the audience is pleased with the performances of touring artists. By the way, there are also circus performers in the arena:

Current poster circus Karaganda you will find on the site Ticketon. Here all events are placed at once with the opportunity to buy tickets for them online, without moving away from a computer monitor or smartphone. Ticketon is an intuitive service, so you can easily make a purchase by following the system prompts.

Also on this page, you will see a map with the exact location of the circus in Karaganda and its phone number.