Dedicated to the 25th Anniversary of Independence

of the Republic of Kazakhstan 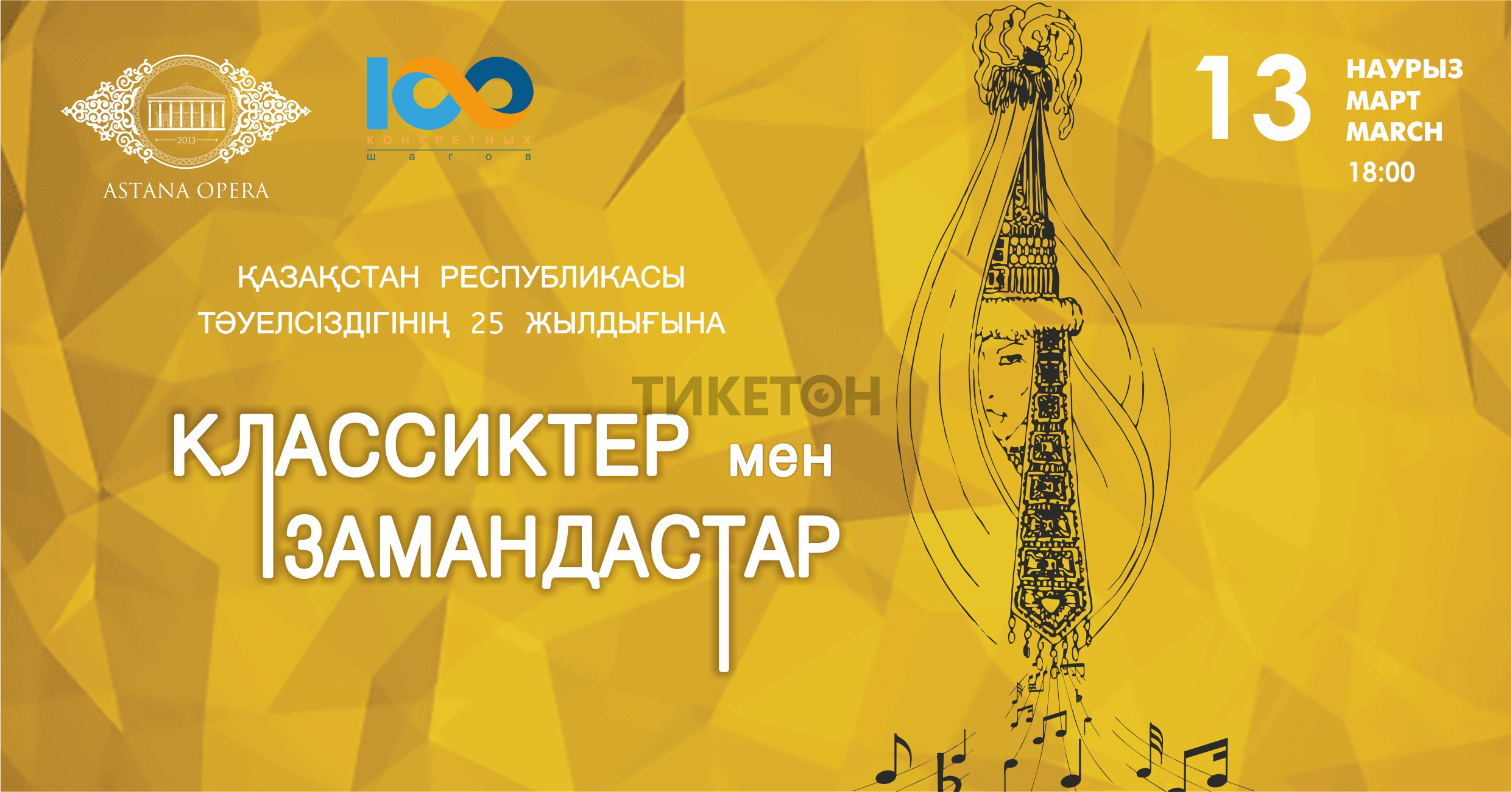 The “Classical and Contemporary Composers” musical evening, dedicated to the 25th anniversary of Independence of the Republic of Kazakhstan, will take place on March 13.

The first part will premiere a concert performance of the unfinished opera “Kozy Korpesh and Bayan Sulu” by Mukan Tulebayev, as well as the unfinished ballet “The Steppe legend” by Tles Kazhgaliyev.

The opera “Kozy Korpesh and Bayan Sulu” was written on the basis of the 13th -14th century Kazakh lyric and epic poem which says about the tragic fate of the lovers (libretto by G. Musrepov). The renowned melodist M. Tulebayev composed wonderful, easy to remember, full of dynamics parts of Kodar, Bayan, Karabai, Aidar and Zhantyk. Such traditional Kazakh genres as ‘terme’ and ‘zheldirme’ are used in the opera.

The unfinished ballet “The Steppe legend” by Tles Kazhgaliyev will capture the audience’s imagination by never-ending, diverse and fascinating landscapes of the steppe.

The running time is 1 hour 30 minutes with one intermission

Management reserves the right to substitute artists and the works performed