Distance from the station: 70 meters.

Entrance: from the side of Baimagambetov Street.

Parking: ground parking on the right side of the theatre for 5 cars. It is free of charge. Entrance from the side of Baimagambetova Street. 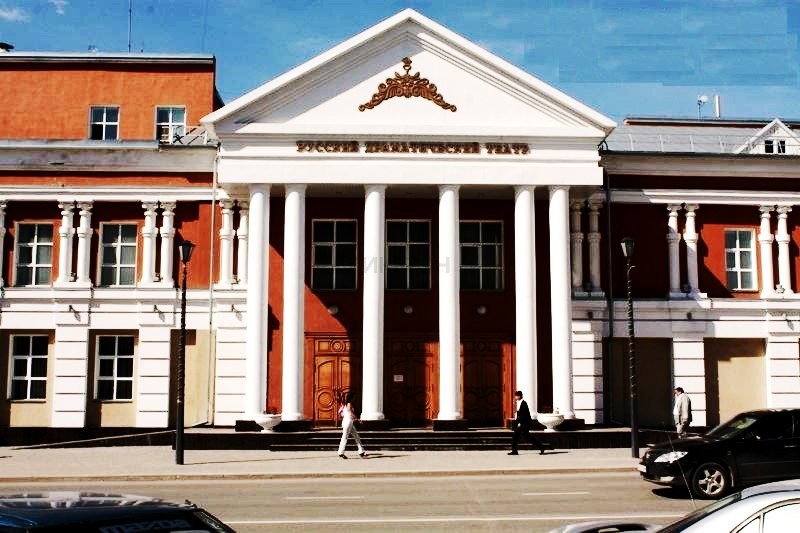 Regional Russian Drama Theatre in Kostanai for almost 100 years. Various events took place within its walls, but what remains unchanged is that the theater does not cease to please the audience with unusual and interesting performances.

The performances start at 18.00 on Wednesdays and Thursdays, at 17.00 on Saturdays and Sundays. 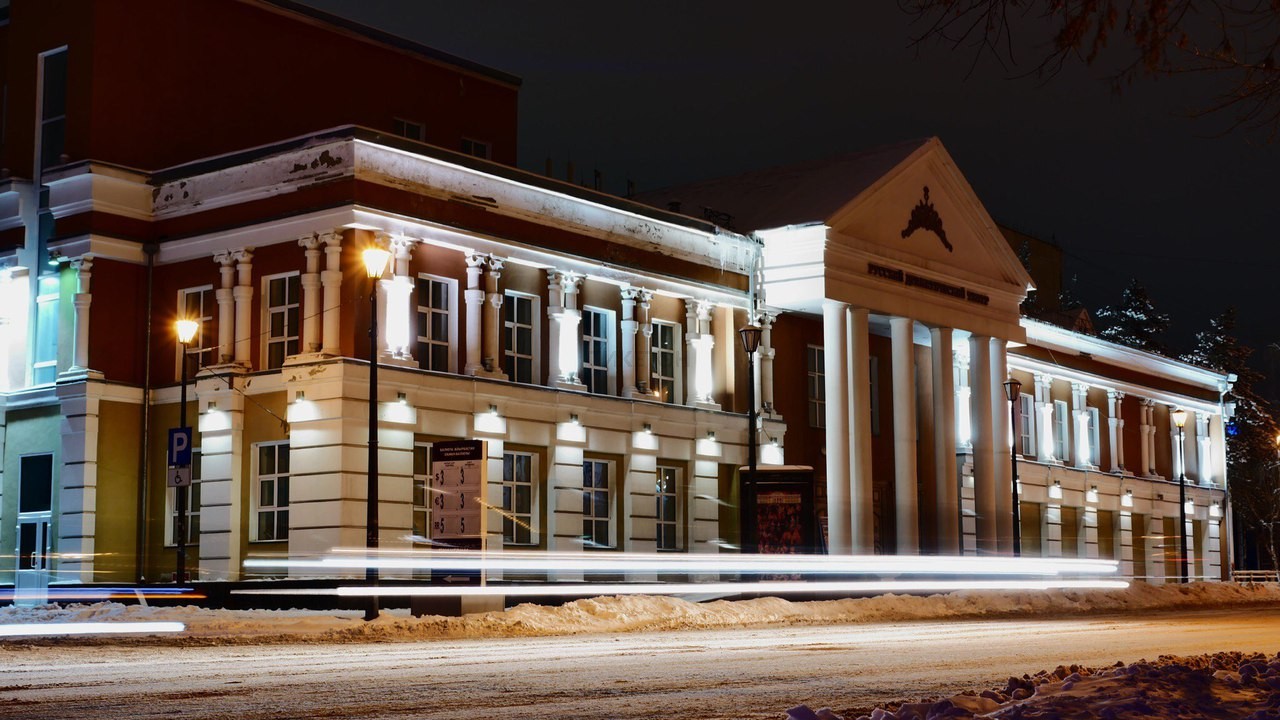 The life of the theatre

It was formed in the early 20s of the last century and then, the repertoire of the regional Russian Drama Theatre in Kostanay mainly consisted of productions dedicated to the revolution and the establishment of Soviet power. In due course, this tendency changed, on scenes began to appear works of classics, then playwrights - contemporaries were connected.

The active tempo, set from the first days of work, is not relieved and now. Weekdays of the theatrical troupe are filled with tours, performances, participation in festivals and city holidays. There are 8 premieres in the season. Besides, the poster of the Russian theatre in Kostanay attracts with its variety. Here you will see:

They involved talented actors such as A. Oleynikova, L. Romadina, Yu Kudryashova, O. Babanov, V. Bityukova, O. Smirnov and others. The theater likes to pamper its visitors with different actions, so on February 14, 2016, couples in love could visit the play on this day absolutely free.

Comparatively recently, the building of the Russian Drama Theatre in Kostanai has undergone a global reconstruction: from the usual to a real Melpomene Temple. Both internal premises and the external facade were renovated, after which the theatre was frozen in the literal and figurative sense of the word. 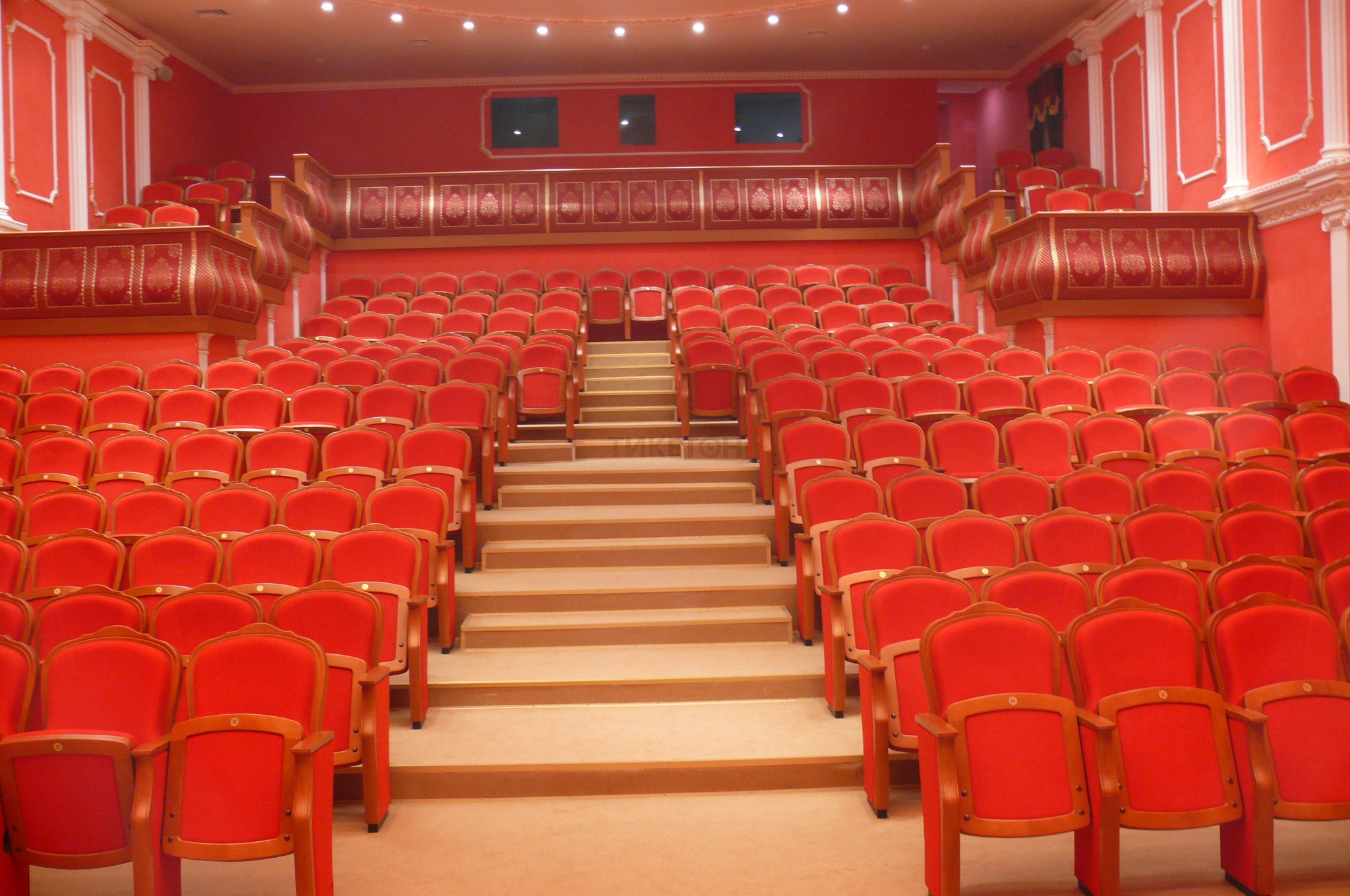 Tickets to the Drama Theatre in Kostanay can now be bought online!

At the Ticketon service, you can get acquainted with the current posters of the drama theater and immediately buy tickets for the performances you like.

What is the advantage of buying tickets to the theater online on Ticketon?

With our service, there are no obstacles between you and the theatre!