Distance from the station: 110 meters.

Entrance: from the side of Republic Avenue.

Parking: ground parking on the left side of the palace for 50 cars. It is free of charge. Check-in from the side of Volochaevskaya Street.

Since January 2012, the Sports Palace of Karaganda Arena is the place where the hockey club Saryarka trains. Karagandy-Arena is rightly considered to be one of the most complex and large facilities of Karaganda and its region, which is intended for training professional athletes.

The scale of the Karaganda Ice Arena

The Ice Palace is a three-story building capable of accommodating more than 5,500 spectators, with a total area of 15,500 square meters, and the size of the ice field here is 30 by 60 meters. In addition, the palace includes the main sports areas such as:

From additional premises it is located:

The amount spent by investors on the construction of this facility was more than 2 billion tenges. 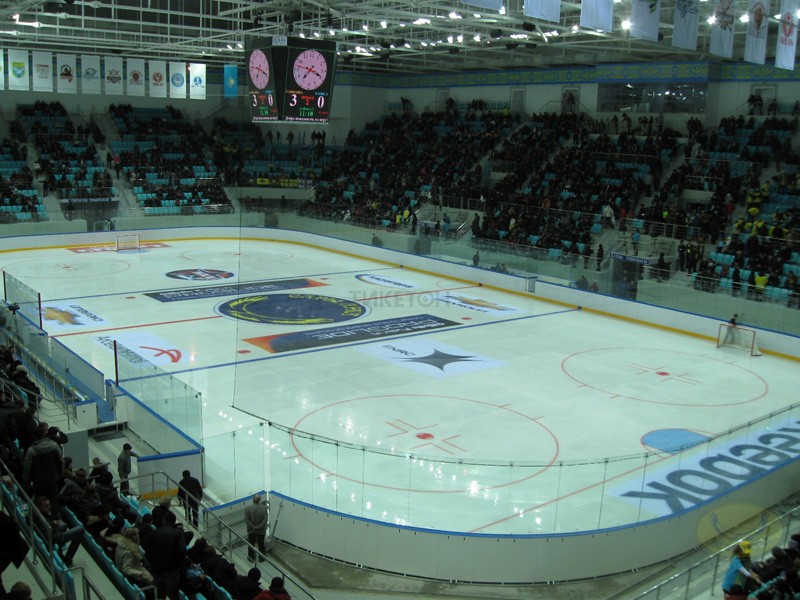 Visit the Karaganda Arena Ice Palace and you will not be disappointed!

First of all, let's start with the fact that the building itself is a modern, beautiful structure, which you can reach from any part of the city within one hour. The skating rink and the space around it are arranged in such a way as to be most convenient for the viewer: places for fans are located just behind the glass of the rink, and in its center there is a video cube. There are also comfortable climatic conditions: the air temperature is constantly maintained at 15-20 degrees with a plus sign. You can leave your outerwear in your wardrobe for the hockey match. 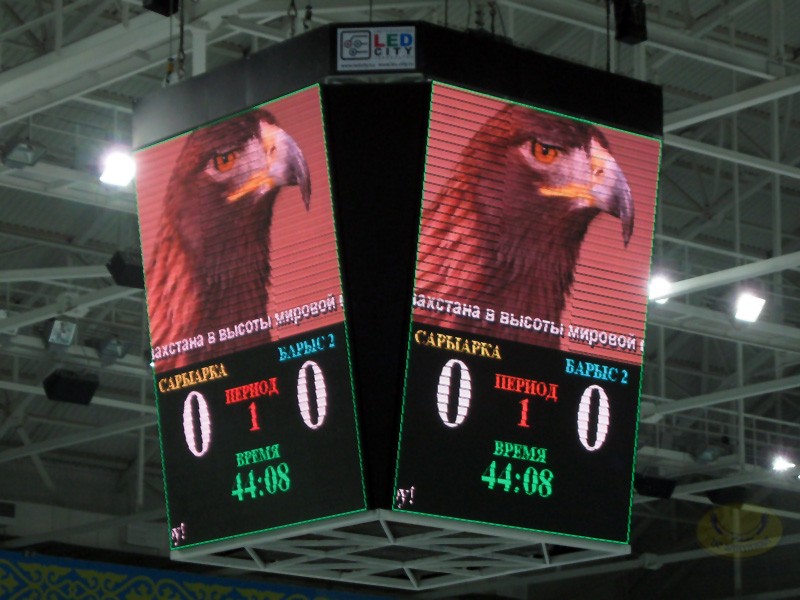 It should be noted that the ice palace was built in accordance with the regulations of the Ice Hockey League, but not all tasks were completed based on the funds received from investors. Therefore, after the transfer of the facility to the state care it is actively working, during which it is gradually, it continues to be equipped in accordance with the regulations submitted by the IHL. And since the main emphasis is now on hockey, the complex is still closed to the school of figure skating.

Upon completion of all works, the ice palace will be able to claim the right to host world-class championships in hockey.

You can follow all the events taking place at the Karaganda Arena and buy a ticket for hockey matches in just three clicks on our service.