The Symphony of Spring

“The Symphony of Spring” 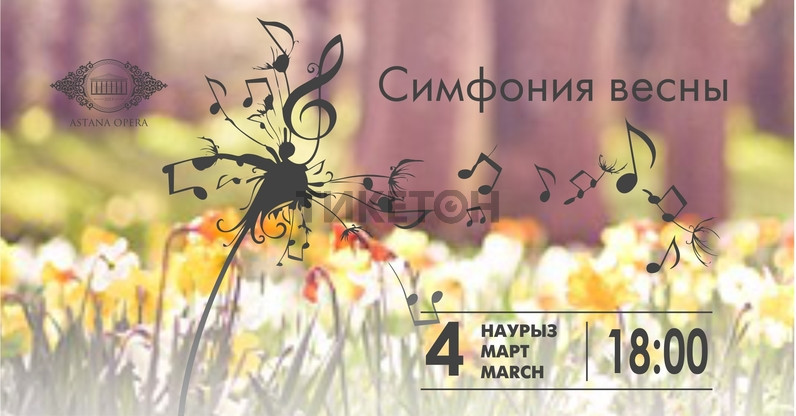 “The Symphony of Spring” concert, featuring Ivan Bessonov, laureate of the 4th International Festival of Classical Music and Competition for Young Pianists “Astana Piano Passion” (Artistic Director of the Project – People’s Artist of Russia Denis Matsuev) will take place in the Main Hall of the Astana Opera House.

The “Astana Piano Passion” Competition aims to support young performers, expand creative ties worldwide and promote classical music. Ivan Bessonov, who won first prize of the Competition, was awarded a certificate to participate in the concert along with the Symphony Orchestra in the Main Hall of the Astana Opera House.

Ivan Bessonov was born in St. Petersburg in 2002. He began to study piano at the age of six. In 2015, he composed the music for the documentary film Varicella by Victor Kossakovsky, the premiere of which took place at the Message to Man International Film Festival in St. Petersburg. He has won six Grand Prix at the annual Étude Competition at the St. Petersburg Music Lyceum (2010–2015).

Movement 1. The Sea and Sinbad’s Ship

P. Tchaikovsky. Concerto for Piano and Orchestra No.1 in B flat minor, op. 23