Distance from the station: 1500 meters.

Entrance: from the side of Karasai Batyr Street.

Parking: ground, arrival from the side of Tole Bi Street.

Parking is free for visitors.

Everyone who appreciates and understands the quality of live music is invited to visit the Philharmonic Hall named after Zhambyl. Kazakh State Philharmonic Society after Zhambyl in Almaty is not only a luxurious way to relax body and soul, but also a great opportunity to get closer to the true immortal art. 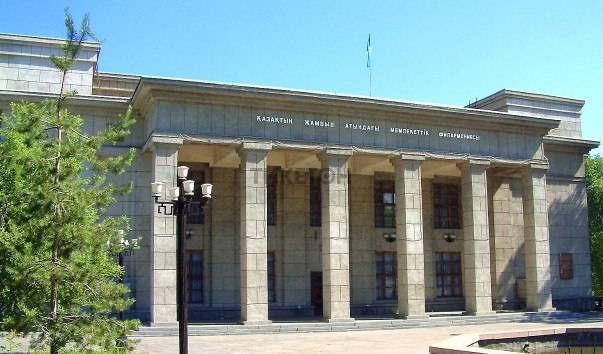 Using the online service Ticketon.kz, you can find the address of the institution, view its poster and order tickets to the event you are interested in from home. Ticket ordering and payment are done in real-time 24 hours a day. The site offers the most complete schedule and current repertoire of the Philharmonic Society.

The Kazakh Philharmonic Society named after Zhambyl appeared in 1935, and in 1938 it was given the name of an outstanding son of its people. The first artistic director was a famous scientist and composer Akhmet Zhubanov, whose creative heirs were no less brilliant representatives of the national musical art.

Visitors to the State Philharmonic Society named after Zhambyl are witnessing a variety of musical programs with the participation of masters of the stage with world-famous names. At the philharmonic concerts, which are held in the walls of the institution, sounds: 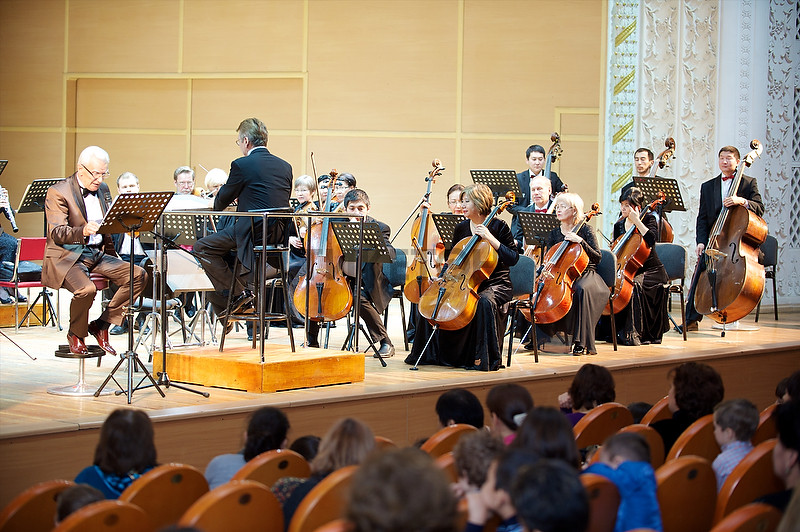