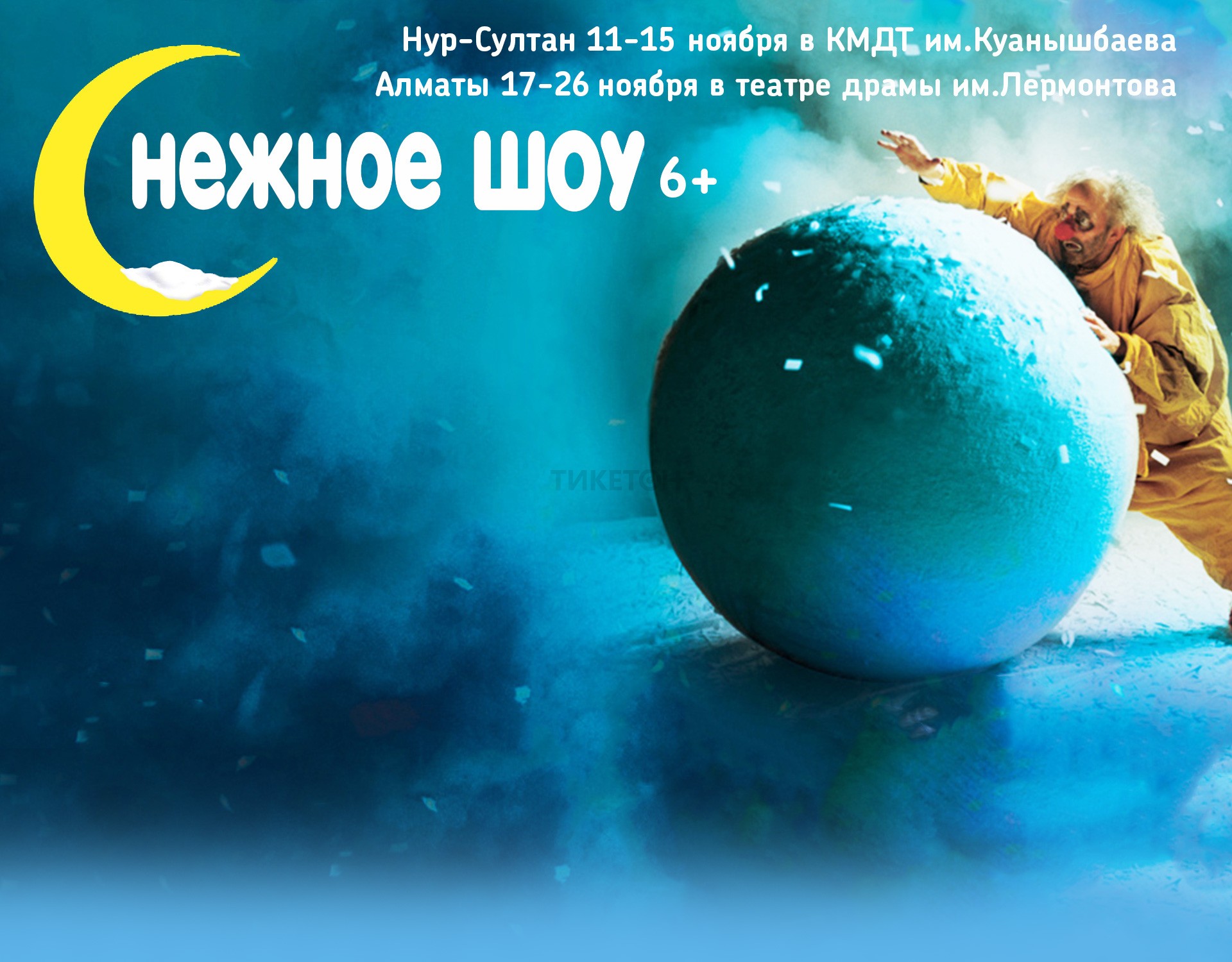 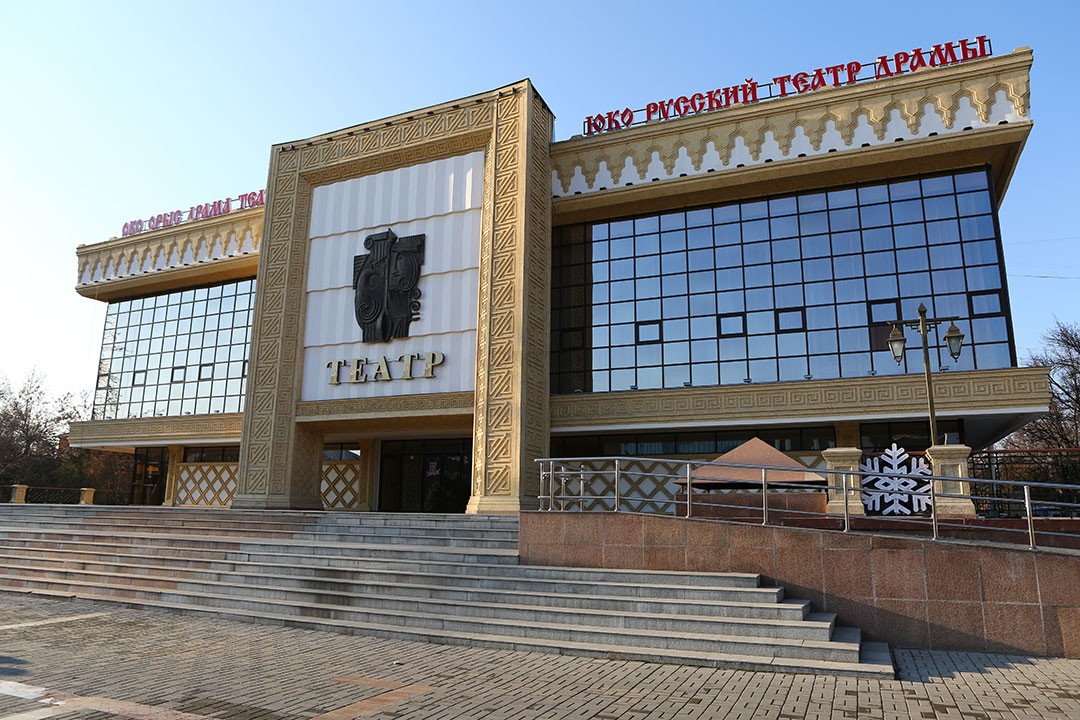 Distance from the station: 600 meters.

November 1, 1929, is significant for the cultural life of Shymkent because on this day the first theatrical season was opened here.

At that time, during the years of the formation of the Soviet power, the main themes of performances were a class struggle, revolution, the arrangement of new life in the region and life of the Red Army. Then, during the Great Patriotic War, residents of different professions, including artists, were evacuated to Shymkent from places of active military operations. The Russian-speaking population increased and in 1944 the resolution on the creation of the Regional Russian Drama Theatre was issued. The repertoire of the theatre became more diverse.

At the end of the 1950s, the chief director N.D. Medvedev organized a troupe that brought together graduates of Leningrad and Moscow theatrical universities. Thanks to this, the theatre has healed a new, tumultuous life. The troupe began to work actively within the walls of the old theatre, and in 1967 relocated to the new Drama Theatre building.

The theatre's playbill and its cast

For its almost 90-year history, the theater has presented to the court of viewers many plays, including "A profitable place" A. Ostrovsky, "Idiot" FM Dostoevsky, "Three Sisters" AP Chekhov, "White Cloud of Genghis Khan" Ch. Aitmatov. Today the theatre's repertoire is represented by no less spectacular and interesting productions such as "Be Healthy" by P. Sheno, "Hanuma" by A. Tsagareli, "Inspector" by N. Gogol, "Midsummer Night's Dream" by U. Shakespeare and other exciting works.

The soul of the theater is its cast. At different times Honored Artists of Kazakhstan V. Lomakin, O. Kobzeva, A. Pashchenko, I. Bolotova worked here. Famous actors from other theaters were invited - S. Markushev, I. Savvina, V. Lavrentyev, O. Aroseva. Today on the stage of the Russian Drama Theater in Shymkent play talented, dedicated actors among them: A. Petrichenko, A. Zemlyanov, A. Komarov, A. Shaymerdenova, V. Ovchinnikov, J. Kamalov, S. Pushkarev, etc. 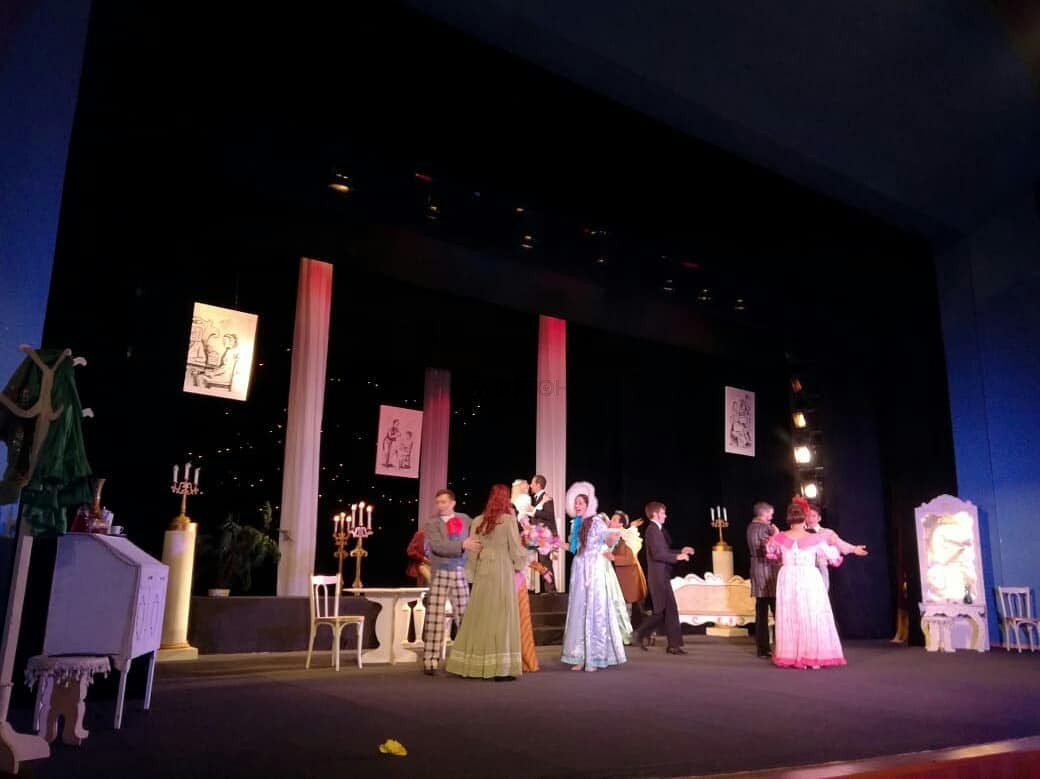 The aim of the theatre and its artists is to promote culture in their region and to involve as many of their fellow citizens as possible in the art of theatre. Therefore, the theatre's staff does not stop experimenting and looking for new ways to create. 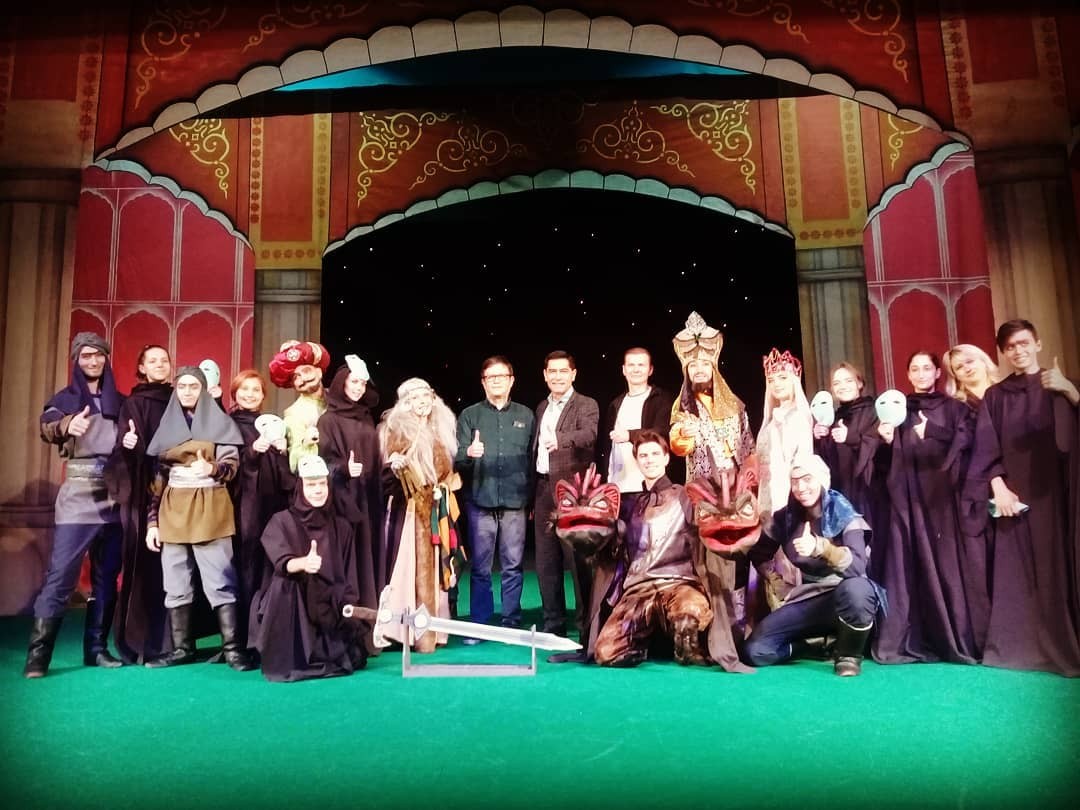 How do I buy a theatre ticket?

On our service, you can view the repertoire and buy tickets to the theater online with minimum effort. Choose the play you like and click on the buy button. Then the system will tell you what actions you need to take. All this will take you no more than 5 minutes, and the impressions from the performance you watched will stay with you for a long time.